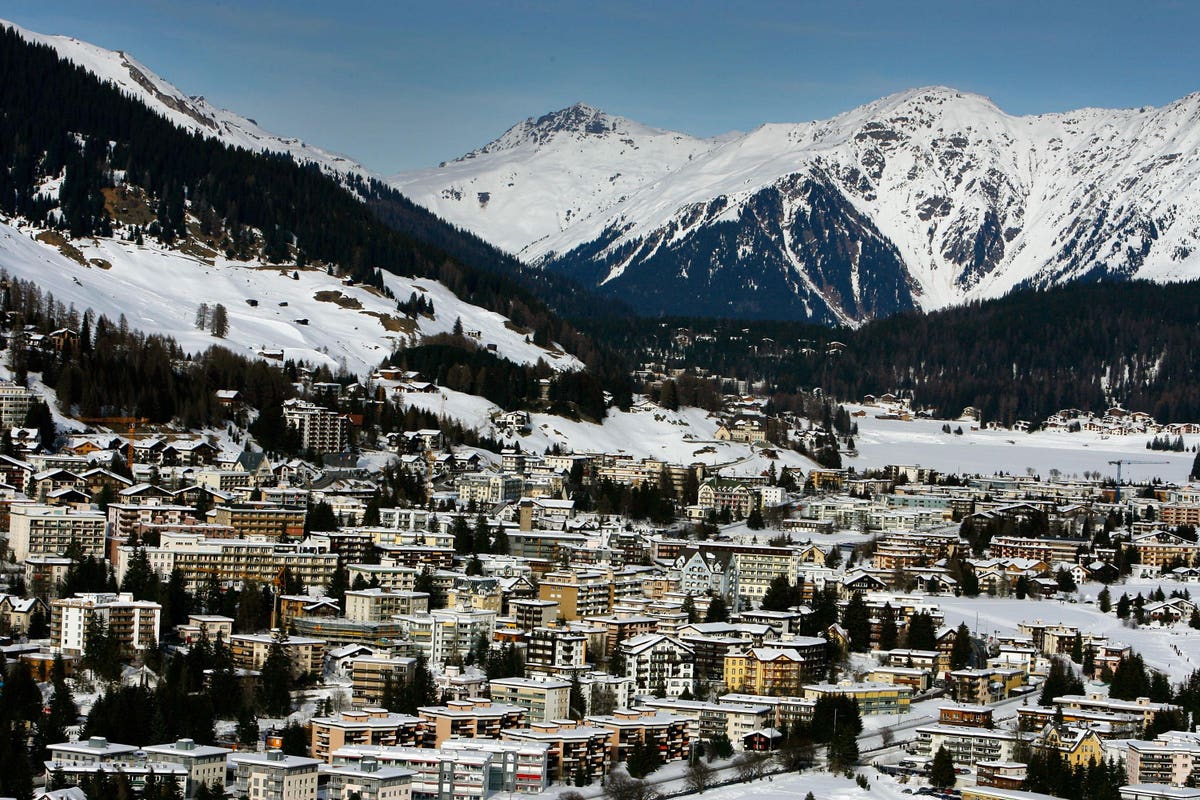 Here is the version published this week Forbes Careers Newsletter, which brings the latest news, commentary and ideas on the workplace, leadership, job search and the future of work straight to your inbox every Wednesday. Click here to subscribe to the list of newsletters!

Ou in Davos right now, business leaders are talking about the economy. About geopolitics. About globalization. Some, like Citigroup’s Jane Fraser, have talked about working from home and mentoring unproductive employees who don’t perform well remotely. And of course, like here, everyone is talking about ChatGPT, the generative artificial intelligence chatbot.

But back home, my colleague Diane Brady spoke with senior executives about their careers, designing a new series of videos with members of our CEO Next list. From Zoox chief technology officer Jesse Levinson, to Wells Fargo chief strategy officer Ather Williams III, to Amazon devices chief David Limp, Diane interviewed these senior executives – who, according to recruiters , expected to be approached for a CEO position soon – on their careers, the lessons they’ve learned and the pivot points they’ve created along the way.

For example, Tracey Brown, President of Retail and Chief Customer Officer of Walgreens, told Diane that she originally wanted to be a NASA engineer, only to realize that she wanted to work with people. and large organizations and started her own personal project to study great leaders, reading about everyone from Martin Luther King, Jr. and Abraham Lincoln to former Xerox CEO Ursula Burns. “What I began to understand from studying some of the greatest leaders of large organizations is [that] they were solving problems,” she said. She thought to herself, “I’m going to lean in and become a great problem solver,” she said, which she realized her engineering background had helped her do.

Adobe product manager Scott Belsky, meanwhile, revealed he learned a lot about what he wanted to do in his career – to be a software and tools builder – after pivoting and moving from time as an angel investor. About three or four weeks into being a full-time investor, he said, he realized that “I missed construction deeply,” noting that he “felt professionally lost because I I wasn’t doing what I loved doing the most”. Still, he learned a lot about consulting and team building during this time before returning to Adobe, and shared the lesson that for leaders, one of the greatest competitive advantages is often to “keep the team together long enough to “find a solution to a problem. Core retention can go a long way in winning a product race.

Meanwhile, Citigroup chief financial officer Mark Mason told Diane that he was “the elementary school kid who carried a Samsonite briefcase and sold chewing gum and baseball cards at lunch”, discussing lessons about pride and the work ethic he had learned while working for his grandfather’s landscaping. company, as well as why it is important to network. “You can’t line up with just one person,” he said, recalling a time when he was fired with his manager. “Really expanding the population of people who know you and know what you are capable of and the contributions you can make to the business have proven to be very important.”

They’re all worth watching, both for the pointed interviews with Diane and the career lessons these top executives share. For more advice from senior leaders, check out his video series here. Hope it’s a good week, and a special thanks to Associate Editor Emmy Lucas for her help with this week’s newsletter.

Only half of tech companies comply with California wage law, new site says, but that number is growing fast

Practical insights and tips from contributors to build your career, lead smarter, and find balance.

This LinkedIn user has some strategic tips for improving your profile and standing out.

Are you living up to your 2023 financial resolutions?

Demotion: The Latest Career Buzzword You Need to Know.

The 10 best states to work in for work-life balance, according to technology platform RH Remote.

News from the world of work

Independent accounting, anyone? A new report from freelance platform Upwork reveals that it’s not just the hard skills in demand for on-demand work: some of the most in-demand freelance skills include bookkeeping, lead generation, data, customer service and graphic design, Forbes“Reports Emmy Lucas.

Making work with cancer work: Forbes‘ Diane Brady interviewed Arthur Sadoun, CEO of Publicis Groupe, himself a cancer survivor, about a cross-industry coalition he launched on January 17 at the World Economic Forum in Davos called “Working with Cancer”. . The goal: to persuade companies to commit to creating a more open and supportive environment for people with cancer and those who care for them.

Hybrid working news: A survey of nearly 600 UK managers showed leaders across all sectors and across different company sizes have an increasingly positive view of remote and flexible working. In fact, 73% said they felt giving employees some flexibility in their working hours increased productivity, Forbes reports contributor Gleb Tsipursky.

Overview of the recession: Wells Fargo’s profits fell 50% last quarter, and JPMorgan is now eyeing a “mild recession” in the fourth quarter. Forbes’ Jonathan Ponciano writes about what big bank earnings say about the economy, which could face further problems in June if the US Treasury runs out of cash. Elsewhere, Apple CEO Tim Cook’s salary is cut by more than 40%.

Defining business attire: A dress code for a computer programming class at an HBCU in North Carolina got more attention than student clothing when it circulated on Twitter recently. The incident shows how “the definition of business attire differs depending on who you ask and often who you are,” writes contributor Jennifer Magley.