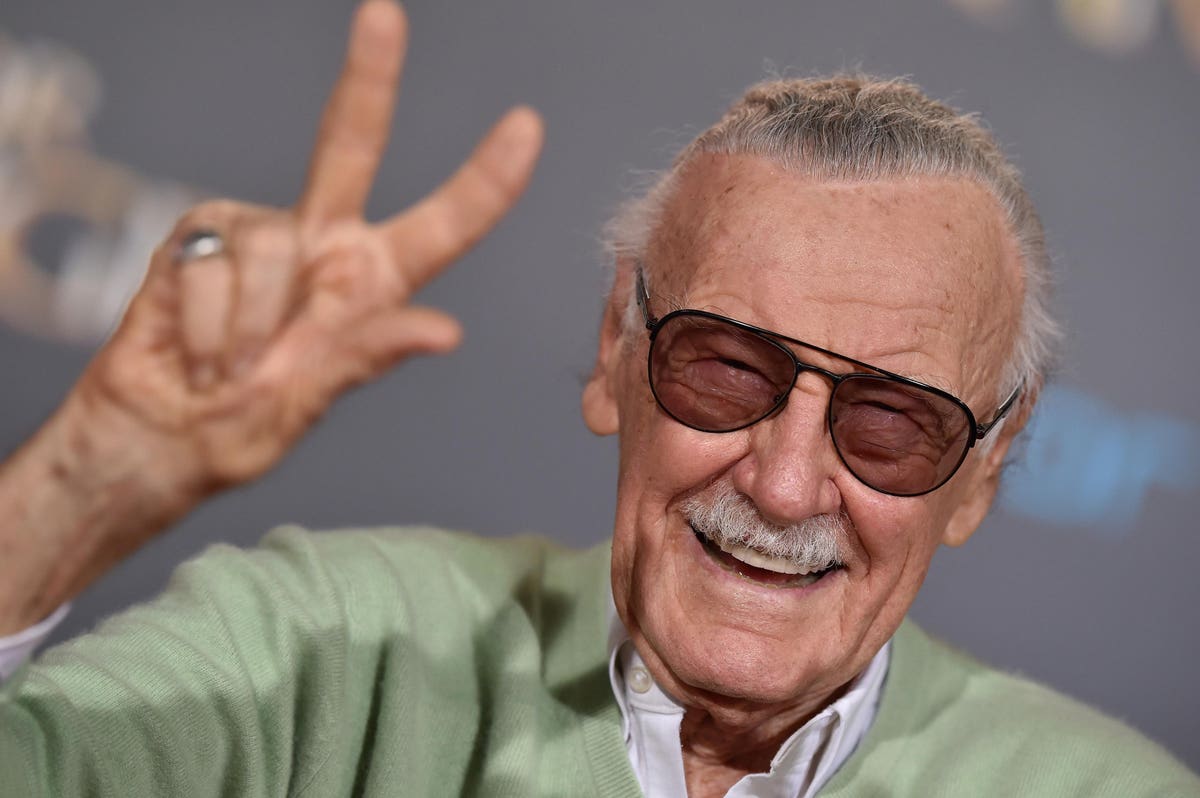 For decades, when Stan Lee was editor, then publisher, at Marvel Comics, he reveled in receiving jabs at the “Distinguished Competition” (longtime market leader DC Comics, at whose heels Lee’s Marvel yelped), which he memorably tagged “Brand Echh” much to the delight of die-hard Marvel fans. Later, long after retiring from day-to-day work for the company, Lee became the avuncular face of the Marvel brand at conventions around the world and through his string of legendary appearances in Marvel films (including non-MCU movies like Sony. Spider Man), until his death in 2018.

Today, December 27, is the 100th anniversary of Stan Lee’s birth, and the occasion is marked by the release of a new version of the material he created for… DC Comics?

That’s right. In the early 2000s, DC hired Stan, who at the time was chasing a bunch of ill-fated independent business ventures, to reimagine the classic DC pantheon through his own sensibilities. They paired the then octogenarian writer/editor with a range of top collaborators on titles such as Aquaman (with Scott McDaniel and Klaus Janson), Batman (with Joe Kubert), The Flash (with Kevin Maguire and Karl Story), Green Lantern (with Dave Gibbons), JLA (with Jerry Ordway and David Baron), Robin (with John Byrne and Terry Austin), Sandman (with Walt Simonson and Bob Wiacek), Superman (with John Buscema) and Wonder Woman (with Jim Lee and Scott Williams).

The series, called Just imaginedidn’t exactly set the world on fire, but it was definitely a memorable novelty, if only for the chance to see some of comics’ best artists showcase their skills in a unique setting with one legendary figures in the business.

The fact that this strange convergence was a footnote in Lee’s career and DC’s catalog didn’t stop the latter from using the event as a springboard for a new release revisiting the Just imagine-verse, now relegated to a less traveled corner of DC’s multiverse known as “Earth 6”.

According to an announcement from DC, the company is releasing a special anthology, Tales from Earth-6: A Celebration of Stan Lee. This one-shot features a collection of new stories based on the Just imagine series that Stan did with DC in the early 2000s. Some of the original writers returned to this title, including Jerry Ordway (JLA), and writer/producer Michael Uslan, who not only helped convince Stan to do the original Just imagine, but also writes a Batman story, with art by Lee Weeks. Mark Waid also contributes to this title, penning a Superman story with art by Kevin Maguire.

As a comedian, I’m sure, given the talent involved, it’ll be worth a look. But as a troll? This DC move is worthy of Smilin’ Stan at his best!