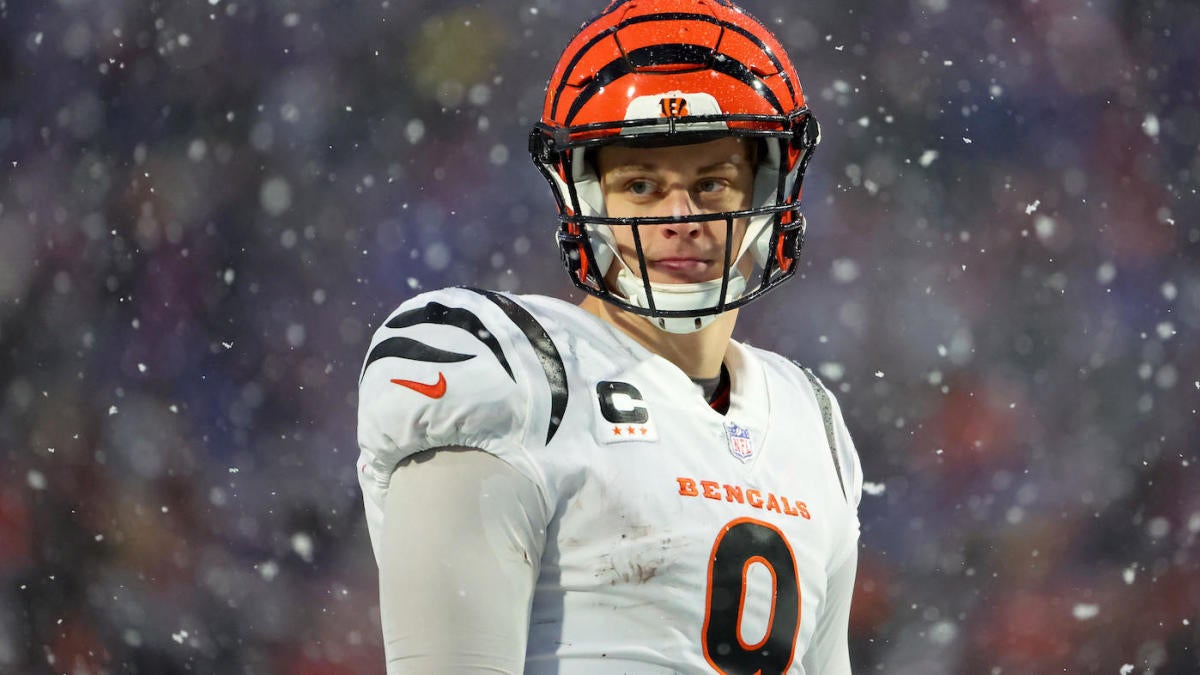 An exciting weekend of divisional playoff football came to an end, with the Philadelphia Eagles taking on the San Francisco 49ers in the NFC Championship Game and the Kansas City Chiefs hosting the Cincinnati Bengals in the AFC Championship Game.

The NFL has the NFC’s two best teams all season long for the right to go to the Super Bowl and a rematch of last year’s AFC title game between two of the best quarterbacks in the conference as a nightcap. Next Sunday will be the NFL at its best.

Before we look too deep into matchups, the split round provided plenty of overreaction that needs to be addressed this week. Which are overreactions and which are reality checks?

Let’s be honest. The NFL was salivating at the prospect of a neutral-site championship game between the Kansas City Chiefs and the Buffalo Bills. Having 50,000 tickets sold for Mercedes-Benz Stadium in Atlanta filled with Chiefs and Bills fans could have set the stage for future neutral-site conference championship games, which would have happened had the Bills beaten the Bengals.

The NFL will never get the beta test it wanted, thanks to Cincinnati beating Buffalo at Orchard Park. If the NFL ever goes to neutral-site conference championship games, the league will have no visual evidence of an actual game to get there.

Thanks to the Bengals for making this a reality. The world will never know what a neutral venue league game will look like.

Prescott wasn’t good in Sunday’s loss to the 49ers, completing 23 of 37 passes for 206 yards with one touchdown for two interceptions (63.6 rating). It was just another poor divisional-round performance from Prescott, which has yet to lead the Cowboys to a conference championship game.

This performance can’t be all about Prescott, as the Cowboys had just 76 yards rushing and 3.5 yards per carry. After Dallas lost Tony Pollard to a sprained ankle, the offense scored just six points on six second-half possessions and 146 yards on 33 plays (4.4 yards per play).

Prescott also wasn’t great in the second half, going 11 of 21 for 125 yards without a touchdown or interception (70.5 rating). He did nothing to get the Cowboys to playoff victory, not what Dallas pays him $40 million a year.

At the end of the day, the Cowboys will be stuck with Prescott’s contract. Prescott is still giving them their best shot at winning, as owner/general manager Jerry Jones will try to cobble together the inflated salary list or find a new coach to get the best out of Prescott (although Jones says McCarthy’s job is safe).

The end result may be the same either way.

Purdy wasn’t great under pressure in Sunday’s win, going just 3 of 11 for 24 yards with a 39.6 passer rating. When Purdy was blitzed, he went 3 of 6 for 38 yards with no touchdowns or interceptions and a passer rating of 70.1.

The Cowboys were able to pressure Purdy throughout the game, despite just two sacks and four hits from the quarterback. That was enough to shake Purdy out of his spot, limiting the 49ers offense to just 19 points (averaging 34.8 ppg in Purdy’s previous six games).

Purdy deserves a lot of credit for not making the crucial mistake that Prescott made, which is why the 49ers are moving forward. He’ll face the Eagles pass rush next week, the one with 75 sacks this season (including the playoffs). If Purdy continues football without turnovers, his numbers against the pressure will not matter as much.

Either way, the Eagles pass rush will be the best pass rush Purdy has faced all year — and he faced a good one on Sunday.

Joe Burrow is the best quarterback in the AFC

That could easily be a reality, especially as Burrow continues to demonstrate his mastery of the Chiefs and Bills. Burrow led the Bengals at Buffalo — in the snow — and outplayed the Bills, completing 23 of 36 passes for 242 yards with two touchdowns and no interceptions (101.9 rating). Burrow has more playoff wins (five) than any other NFL quarterback in the past two years, and is in just his third season in the league.

So why isn’t Burrow the best quarterback? He is 3-0 against Patrick Mahomes in his career and has never lost to the Chiefs, beating them in the AFC Championship game in Kansas City last year. Burrow beat Josh Allen on the road in the playoffs with Mahomes. He has never lost an AFC playoff game.

Mahomes is on the verge of winning his second league MVP, has a Super Bowl title and has led Kansas City to the conference championship game in five straight seasons — all at home. He will be the first quarterback to win two MVPs and win a Super Bowl title before turning 30.

If Burrow beats Mahomes next week, he will retain the title of best quarterback in the AFC for a long time. He’s already on his way to legendary status regardless.

Losing Von Miller was the killer blow to the Bills’ season

The Bills brought in Miller for those key playoff moments, putting crucial pressure on Patrick Mahomes and Joe Burrow who could send Buffalo to the Super Bowl. Miller never got a playoff opportunity (torn ACL) and the Bills’ pass rush suffered as a result.

Buffalo hasn’t been good at getting to quarterback down the stretch and it showed in Sunday’s divisional round loss to Cincinnati. The Bills only had 12 pressures and a sack on Burrow, which isn’t good considering the Bengals started two backup tackles and a backup right guard (3/5 of their offensive line were reserves ).

Burrow was barely hit in the game (only three times) and had a relatively easy day in the pocket. The Bills weren’t even getting to Burrow for most of the afternoon, allowing him to dictate play and connect on several big plays. Worse, the Bills were outplayed in run defense by that makeshift line as Cincinnati rushed for 172 yards and averaged 5.1 yards per carry.

There are a lot of worries with this Bills team, but this group needed Miller to make a deep playoff run. The pass rush was virtually non-existent as Miller was lost for the year.

It’s not nearly an affront to Jalen Hurts, who is 15-1 in his last 16 games and a top-five quarterback in the league. The injured shoulder was “good enough” that it wasn’t even an issue heading into the Eagles’ first playoff game as the No. 1 seed. The Eagles are a great team with a healthy Hurts.

Johnson is key to the Eagles winning the Super Bowl. Opting out of surgery and heading into the playoffs with a torn adductor in his groin, Johnson faced 26 quick passes in Saturday’s win over the Giants. Johnson allowed no pressure, no sacks, no quarterback hits and a 0.0% pressure rating. Kayvon Thibodeaux didn’t have a single pressure against Johnson.

When Johnson isn’t playing, the right side of the Eagles offensive line is exposed. Jack Driscoll is doing a solid job, but he’s not a future Hall of Fame right tackle. Johnson has been football’s best right tackle for several years now – and his impact is being felt on the pitch.

The Eagles can win games without Johnson, but they need him on the court to win the Super Bowl. They are dominant when both Johnson and Hurts are on the court.

Daniel Jones wasn’t good in Saturday’s loss to the Eagles (15 of 27 for 135 yards without a touchdown and one interception for 53.8 odds), but the Giants quarterback was significantly let down by his offensive line. The Eagles had 26 pressures and five sacks against the Giants in the Divisional Round victory, five rushes were allowed by Evan Neal (who had an 8.6% pressure rating).

Jon Feliciano also allowed an 8.6% rushing rating while Nick Gates was at 7.7%, less than ideal marks against a defensive line that had 70 sacks in the regular season. The offensive line forced Jones out of positions and making mistakes throughout the night as Jones had little time to play with an already limited offense.

If the Giants want to compete for the Super Bowl, the offensive line must develop Neal and rebuild the interior. That should be the No. 1 priority this offseason.

It will all come down to how bad Mahomes and his ankle injury are, especially against a pass rush from the Bengals who know how to get to the quarterback and force him out of the pocket. Mahomes will have eight days to rest his sprained ankle, but there are concerns about what Mahomes will be like if he doesn’t have that improvisation to go overtime and get the ball to his receivers.

Then there’s facing a Bengals team led by Joe Burrow that the Chiefs have never beaten under Mahomes, losing all three matchups in the past two years. Mahomes played well against the Bengals in those matchups, but questions will remain about his health all week.

As long as Mahomes is on the court and Andy Reid is the head coach, the Chiefs will always have a chance at a Super Bowl. Can Mahomes pull off another bold performance and add to his legacy? It’s hard to doubt Mahomes based on his CV, but the AFC Championship game will have plenty of drama in the days leading up to the showdown.